Staples needed: Boris Johnson raised eyebrows earlier in the week after a speech to the Confederation of British Industry which has since been described as ‘rambling,’ ‘bizarre’ and subsequently, ‘embarrassing’ for the Prime Minister. The many in attendance who were hopeful that the speech would address Johnson’s policies surrounding his levelling up agenda were left firmly disappointed. Instead, the Prime Minister spent a significant amount of time on a tangent about how much he enjoyed his recent trip to Peppa Pig World. Other key highlights included comparing himself to Moses and imitating a petrol car, all of which left the audience decidedly unimpressed. A number of business leaders and MPs heavily criticised the speech and senior Tories called for a shake up of his top team. The Labour party described the speech as ‘shambolic’ and then delivered their own, outlining their policy plans without any references to children’s cartoon characters. While this appears to be the most opportune moment for Keir Starmer to assert the Labour Party as a strong opposition, the question remains as to whether they have the unity to rise to that challenge?

Bush Tucker Bill: As ‘I’m a Celebrity’ wound down on Monday night, some Tory MPs were entering their own Bush Tucker Trial as they nervously faced an impending vote on the Health and Care Bill. A controversial amendment within the Bill would change the way the social care cap costs are calculated and potentially have a disproportionate impact on poorer pensioners. In the build-up, talk of a heavy Tory backbench rebellion circulated in the Commons, especially from those representing constituencies in the North and in regions likely to be hit hardest by the changes. The amendment passed with a slim majority of 26. A hefty 19 Conservative MPs rebelled with 70 abstaining. Combined with his recent CBI Peppa Pig blunder, Boris will be looking for a way to ease tensions that have been brewing amongst his backbenches. Much like the Celebrities in Gwrych Castle, the PM will be hoping he can muster something to settle the churning stomachs in his own camp.

Lights out: Bulb has become the latest, and largest, victim of the surge in wholesale gas prices, following an announcement on Monday that the firm is set to go into ‘special administration’. The energy firm has 1.7 million customers and is the 23rd energy supplier to collapse since the beginning of August. On Wednesday, the Government announced it had set aside £1.7bn to cover the cost of running Bulb energy through special administration until April. The Business Secretary, Kwasi Kwarteng told the House of Commons that the new arrangement was temporary but was imperative to ‘protect customers and ensure continued supply’. This arrangement marks the first time that the special administration process has been deployed in the energy sector. Current estimates put the total cost of the energy market crunch at £2bn this winter, in a crisis which is affecting 3.7 million households.

Preparing for battle: The Old Bexley and Sidcup by-election will take place next week on 2nd December, following the sad death of the well-respected local MP and former Cabinet Minister, James Brokenshire, after a battle with lung cancer. Created in 1983, the constituency is regarded as a fairly safe seat for the Conservatives. First held by former Prime Minister, Ted Heath, it has always gone blue. At the last General Election, Brokenshire won with the largest majority recorded for that constituency with almost 65% of the vote. However, it won’t have escaped anybody’s notice that the past few weeks haven’t been the rosiest for the Tory Party. After a seemingly unending series of mistakes, missteps, blunders and scandals, a swarm of 11 candidates have descended on the constituency, threatening to split the vote at a time when approval ratings are falling. The three main parties have all fielded local candidates, showing that they mean business, and we shouldn’t forget that there were larger Labour majorities overturned by the Conservatives at the last general election. The result will give a good indication of how the Prime Minister and wider Conservative Party is currently being perceived and crucially, whether ‘General Election 2023’ is still in play or well and truly off the cards.

Brexit blues: Next week the Brexit Checker (a software which provides personalised checklist for your business by answering a few short questions) is being turned off. The Export Support Service (ESS), the helpline established to help businesses resolve their trading issues post-Brexit in its place, is not working. Theoretically, it is possible to phone the ESS to ask the support team a question, perhaps about exporting to new markets, paperwork, and rules of selling. Unfortunately, it is incredibly difficult to locate a phone number. If you want to know the problem, Emily Thornberry MP put her finger on the button. There are 24 agents that handle calls, with currently a daily average of 30 calls a day. Sounds like a relaxing place to work. Thornberry pointed out that this diminished number of calls could not be down to the fact businesses don’t need help from the Government anymore post-Brexit. Perhaps, more likely, is that businesses don’t know the help is available at all.

Diplomatic difficulties: One of foreign policies most used abbreviations is back making headlines. Talks on the Joint Comprehensive Plan of Action (JCPOA) will resume next week, as Enrique Mora, Robert Malley and Ali Bagheri Kani make their way through the diplomatic channel at Flughafen Wien in the coming days. The focus will be on these three men – the EU’s senior diplomat, the US Special Envoy to Iran and Tehran’s top nuclear diplomat. Representatives from all parties to the JCPOA will be present, however, it is the UK government which has been setting the tone for negotiations and is set to have a quiet, yet vital role against an unoptimistic backdrop. The Foreign Office and James Cleverly MP, the Minister for Middle East and North Africa issued a statement on the state of the Iran Deal alongside E3 partners and received Ali Bagheri Kani in London earlier in the month. An IAEA visit to Iran this week made clear that no material progress had been made on halting uranium enrichment and bringing Iran back to the monitoring framework. However, the value of this round in Vienna is to assess Iran’s appetite to engage at all since President Ebrahim Raisi’s inauguration in August. The future roadmap will be dictated by events next week.

Football finance: In April 2021, the Government asked Former Sports Minister, Tracey Crouch MP, to lead a Review into football governance, with the aim of creating an independent regulator for English football (IREF). The Ofcom of Football, IREF, would be able to demand an inspection of a club’s financial plans from the owner. This week, the fan-led Review made several suggestions, particularly focusing on ways to control costs and to redistribute wealth throughout the leagues. The IREF could ask the owner to take an ‘integrity’ test and to resubmit this assessment every three years. Despite the hefty wages some players receive, this was not part of the ‘control’ element. Crouch’s review suggested that clubs should always have enough capital and liquidity to ensure their ongoing operation. So far, it is understood that the government will support the key recommendations to the sport, to the delight of the majority of the football world. Some Premier League bosses, however, are staying conspicuously quiet.

One to watch: Anthony Mangnall MP 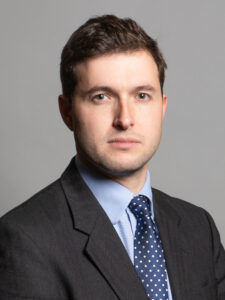 Anthony Mangnall is the Conservative MP for Totnes. He was elected in the 2019 general election, taking the seat back for the Conservatives following Sarah Wollaston’s defection to Change UK and then the Liberal Democrats.

Prior to his parliamentary career, Mangnall worked in shipbroking and as a Special Advisor to then Secretary of State for Wales, Alun Cairns. He had previously contested the safe Labour constituency of Warley in the West Midlands in the 2017 general election.

Although his parliamentary career has been short, Mangnall is currently the Chair of The APPG for Preventing Sexual Violence in Conflict Initiative. He has been outspoken in opposing cuts to UK overseas aid. Mangnall has also been a member of the Regulatory Reform Committee since March 2020 and was elected to the International Trade Select Committee on 9 November 2020.

In 2020, Mangnall brought forward a backbench bill to require all MPs who switched political parties to stand in a by-election justifying their decision to their constituents. He argued this was necessary due to 17 MPs switching parties in 2019, including his predecessor, which he claimed effectively disenfranchised their 1.2 million electors for the duration of that Parliament.

This week saw the Centre for Policy Studies’ Margaret Thatcher Conference on Trade at the Guildhall, in partnership with the City of London Corporation, HSBC and The Telegraph. Mangnall participated in the panel ‘A World of Trading Possibilities: CPTPP and beyond’ providing his thoughts on the future of trade and the need to consider rural areas like his constituency in the next stages of free trade legislation. Beyond his schmoozing with the who’s who of free trade, Mangnall raised eyebrows and even got a few laughs after lightly mocking the PM, noting that “I can assure you if I lose my place I won’t start referring to Peppa Pig World”.

Politico – Europe has learned nothing from Brexit

The Spectator – The true cost of Boris

The Week – What happens if prison places run out? 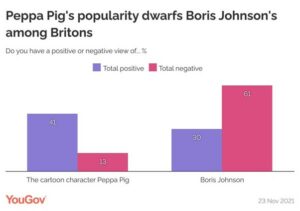